The Great American pin-up girl from every era, comes to life in a new musical and multi-media concert event. The new show – Art of the Pin-Up Girl − is a musical romp through the history of American pin-up beginning in 1919 when Alberto Vargas painted the Ziegfeld girls and travels era by era, artist by artist to the modern day resurgence of pin-up culture happening across the globe. The concept was created by Heather Storm of Jupiter, Fla., who has written the story, lyrics and songs along with husband and internationally known singer, composer/musician and radio personality, Gregory “Popeye” Alexander. Alex J. Weir of Dreamhouse Studios, West Palm Beach, FL rounds out the creative and production team, presenting this high-energy concert event. Featuring 15 original songs with a historical and visual narrative, the event will feature the live band, known as Popeye & the Pin-Ups, and performers from the South Florida area will bring the classic pin-ups to life onstage.

Art of the Pin-Up Girl tells the stories of actual pin-up artists and their muses throughout history and shows the richness of this uniquely American art and culture, providing a nostalgic touchstone for the audience.

Familiar characters who leap off the pages in Art of the Pin-Up Girl include pin-up legends Bettie Page portrayed by Siddy Betancourt, Anna Mae Clift portrayed by Lacey Nikkinen, Lena Horne portrayed by Ariel Amour and Rosie the Riveter will be played by Sam Streich. New York actress, Sarah Claire Smith is the latest addition to the cast to play Barbie Benton in the 1960’s Playboy era. 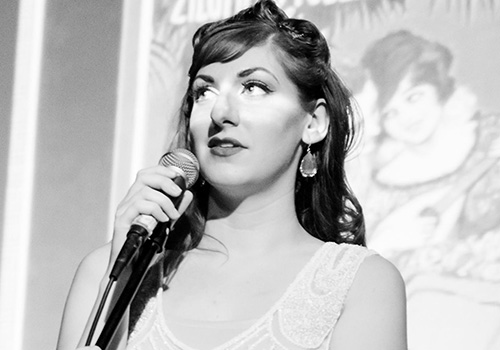 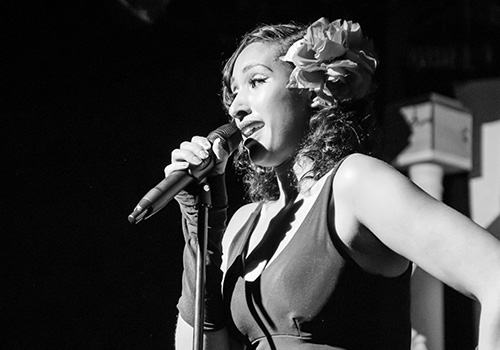 HISTORY OF THE SHOW

April 2012: Art of the Pin-Up Girl was funded by a Kickstarter campaign to produce a staged reading. http://www.kickstarter.com/projects/heatherstorm/art-of-the-pin-up-girl-staged-reading-of-a-new-mus

July 2012: Art of the Pin-Up Girl was produced as a staged reading at Shetler Studios in New York.

May 2014: Art of the Pin-Up Girl was produced as a live concert staging for South Florida’s premier Pin-Up Festival “Pinned Miami”.

May 2015: Creation of the Palm Beach Pin-Up Party – an event and entertainment production extension for the Art of the Pin-Up Girl Show was created. With this, the production and styling of on-location pin-up photo shoots and pin-up inspired events were produced.

January 9, 2016: Live concert and multi-media staging of Art of the Pin-Up Girl for a ticketed audience at the Palm Beaches Theatre in Manalapan to benefit the Palm Beach International Film Festival.